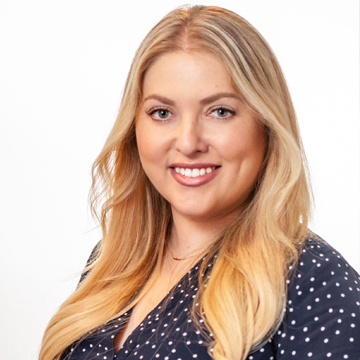 Julia Alperovich is a licensed therapist with the California Board of Behavioral Sciences in Marriage and Family Therapy, (LMFT# 104657) and is also a professional coach, certified by the Certified Coaches Alliance (CCA# 754487). Julia treats adult individuals, groups, and couples around the focal areas of intimacy, sexuality, sexual identity, sex addiction, pornography addiction, and partner trauma in partners of addicts. Her approach is a proprietary mix of directive and integrative approaches that combine a sex-positive perspective with the use of the addiction model, when necessary. Clients are seen by appointment in her two Los Angeles offices, in group sessions, and by remote consultation, as often as their treatment plan dictates.

As a Jew living in America, it saddens and terrifies me to acknowledge that anti-semitism is still alive and well here. My family and I fled from anti-semitism when we left the Soviet Union as refugees in the late 1980’s, in the hope of reaching safety in the United States of America, the land of …read more

In light of October being National Domestic Violence Awareness Month, I interviewed a therapist who specializes in working with victims of domestic violence as well as court mandated perpetrators of domestic violence. Her name is Brianne Baker and she is a Licensed Marriage and Family Therapist based in Santa Clara County, California. She has been …read more

Many people come to therapy for addictive behavior, but have a difficult time understanding exactly what they are addicted to. Although sex and love addiction have some similar features and can often happen simultaneously, they are different. They can be confused very easily just as love and sex are often confused or used interchangeably. Luckily, …read more

Mindfulness is a term that has gained popularity in recent years. We hear it frequently in the media around wellness, in advertisements for new-age businesses, in self-help literature, and in places like yoga studios and spas. It is now deemed to be a staple of healthy living, much like superfoods, cleanses, shakra alignments, and oxygen …read more

Building Empathy For Your Partner

by Julia Alperovich, MS, LMFT, CSAT-C   So…you’re in recovery. You have agreed to do “whatever it takes” to salvage your relationship. You started seeing a therapist regularly, disclosed or admitted to the behaviors your partner was afraid of finding out, and have been diligent about attending meetings, finding a sponsor, and working the steps. You …read more

Learning the Language of Empathy

by Dan Drake, LMFT, LPCC, CCPS-S, CSAT-S   I’m often asked, “How do I get my [sexually addicted partner] to get it?!” This hugely important question by partners brings us to the “E” word: Empathy . . .  Empathy is such an important issue to talk about, yet such a painful one.  A partner’s world …read more